Our Professional team is mainly based in Belgium close to Brussels, they have many years of industry experience, ranging from running large Security Business to operating technical departments, in leading European Fire Detection systems suppliers or Certification/Test Laboratory Businesses. They have knowledge of commerce and developing and deploying standards within the marketplace. The team is lead by a General Director, who also has a Marketing and secretarial team to support operations 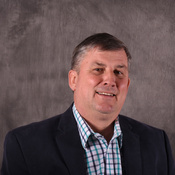 Paul is working together with the Euralarm professional team and members on the priorities from Euralarm to achieve a safer and more secure society for Europe and build an industry that contributes to sustainable growth in Europe. He is involved in CCMC and Orgalim which are Euralarm partners and other international organizations in the fire and security market. Living in Brussels he is close to the heart of Europe with access to the parliament, the commission, other stakeholders and associations. Before joining Euralarm Paul worked in the security industry for over 30 years on installation and service side before he moved to manufacturing and distribution. He managed on European and Global level a product development, product management and product marketing organization. Prior to this assignment, Paul was General Manager for a global manufacturer, distributor for fire safety and security products. 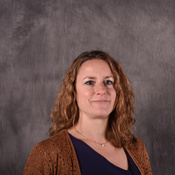 Julie is an association management executive with nearly 20 years of experience. Through her career, she has worked with organization leaderships and members representing various fields including medical, mechanical industry, sports, law and logistics. Born in Belgium, Julie studied translation and Euro-Mediterranean affairs before entering the enriching world of associations. 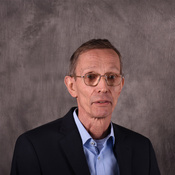 Michael Scharnowsky holds a master’s degree in communications engineering since 1977 and he served in several leadership positions in the German Army up to 1985. After this he started his civilian professional carreer in the area of mobile communication systems for police and fire brigades as head of a technical service department and head of sales in Southern Germany. In 1996 he started working in fields of Systems for voice alarm, public address and intercom. This, first as Sales director for Germany and later as also for export sales worldwide. In this time, he lived some years to the U.S. where he built up production and a sales organization in Northern America. In 2000 he joined the Alarm and Security Systems Division of a European Group of companies, being appointed as head of product management where he was responsible for product management, specification, R&D and maintenance of products for fire detection, intrusion, access control, CCTV and security management systems. In parallel he was responsible for business development, international association work, standardization, and industrial affairs. He was active in Euralarm for more than 10 years, as a member of the board, as Marketing Chair and as Vice-Chair of Fire Section until his the end of 2019. The main focus of this activity is the supporting Euralarm as a Technical Manager Fire / Extinguishing. 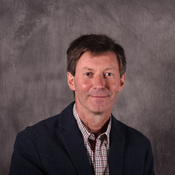 Benoît Stockbroeckx was born in Brussels in 1970. He received the Electrical Engineering degree in 1993 and the PhD degree in Applied Sciences in 1998, both from UCLouvain in Belgium. His background is on microwave antennas and circuits modeling and design. From 2002 until 2006 he was CEO of a spin-off company initiated by his activities at the University and who developed and sold an innovative instrument for the monitoring of the electromagnetic environment. From 2007 until 2020 he was Head of the Laboratory at ANPI, test house and certification body in Belgium. In February 2020 he joined Euralarm as Technical Manager. He is an active expert in standardisation committees since 2008 at Belgian and European levels and has been head of Belgian delegation. His past and present standardisation activities cover CEN/TC 72 (Fire Detection and Fire Alarm Systems), CLC/TC 79 (Alarm Systems), CEN-CLC/JTC 4 (Services for fire safety and security systems) and their Belgian mirror committees. He recently joined CEN-CLC/JTC 13 (Cybersecurity and Data Protection) on behalf of Euralarm. He is also interacting with the services of the European Commission for the benefit of the Euralarm members. 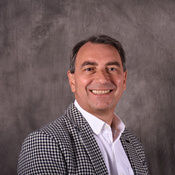 After his study Business Administration Martin joined an international communications agency where he learned the basics of communication and public relations. When the opportunity came up to join a start-up company as a communications and organization consultant, he decided to join. After that he joined a telecom research organization to also gain experience on the client side as  PR and Communications Manager. He then started his own company specializing in construction, industry, telecom & IT and safety & security.    In 2013 he was asked to handle communications for Euralarm. Since 2017 he is the Communications Manager of Euralarm where he enjoys working in an international multicultural environment with professionals in the field of fire safety and security.

Martin is (board) member of several (international) press, communication and business associations.